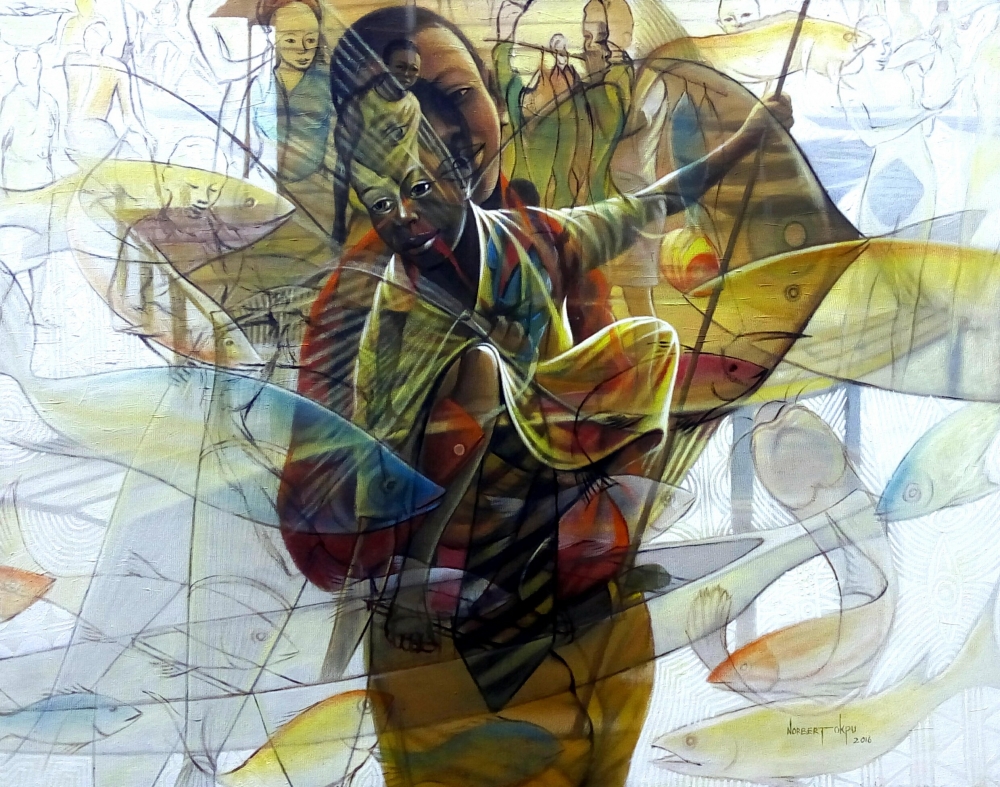 Out of Africa Opening Party

In celebration of Black History Month, the fifth edition of the art exhibition, Out of Africa returns to Art Village Gallery and the South Main Arts District bringing contemporary art from Africa and its Diaspora to the forefront

Shake off your Friday worries for an evening of African beats and good vibes featuring local DJ favorite, Crystal Mercedes, who will be spinning Afrobeats and more all night.

Sankofa is a 1993 Burkinabé drama film directed by Ethopian filmmaker, Haile Gerima centered on the Atlantic slave trade. The word Sankofa stresses the importance of one not drifting too far away from one’s past in order to progress in the future.  Gerima’s film showed the importance of not having people of African descent drift far away from their African roots.

Haile Gerima is an Ethiopian filmmaker who lives and works in the United States. He is a leading member of the L.A. Rebellion film movement, also known as the Los Angeles School of Black Filmmakers. His films have received wide international acclaim. Since 1975, Gerima has also been an influential film professor at Howard University in Washington, DC. He is best known for Sankofa (1993), which won numerous international awards.

Art + Poetry | Dream of a Land

Dream of a Land: an evening of art + poetry curated by author, poet and editor, Sheree Renée Thomas, featuring Jacqueline Johnson, a New-York based South Carolina poet and Marcus Wicker of the University of Memphis MFA program, with music by Ekpe Abiota, of the African Jazz Ensemble.