E Pluribus Unum (Out of Many, One)
Acrylic on canvas
size varies
2017
Limited edition prints and Giclees
MLK50 Commemoration
Beyond the Balcony Exhibition

Acrylic and cloth on board

Giclee print with acrylic on canvas

Giclee print with acrylic on canvas

Meeting the realities of life as one of eight children to a single mom in his native (Warri) Nigeria, Ephraim Urevbu dedicated himself, early on, to education as the key to success. He attended one of only three elite high schools, Federal Government College, in his hometown of Warri, and after graduating he attended Africa’s oldest college, Yaba College of Technology in Lagos, Nigeria. Refusing the proscribed expectation of an acceptable professional pathway, Urevbu put an ocean between himself and his family to follow his truth – a passion for art – in America and the city of Memphis.

He studied art at Memphis College of Art, and received a Master of Arts degree from the University of Memphis. After graduation, Ephraim decided to take his art on the road, exhibiting in galleries and at arts festivals across the country. In 1994 he began searching for a space to create a commissioned artwork that measured 60 feet by 18 feet, the largest work of art he had ever created. In searching for the space to execute this artwork, he stumbled into a dilapidated building on South Main Street in downtown Memphis. It was love at first sight. With the commission money, he bought and refurbished the building and founded Art Village Gallery. Years later, working with the city of Memphis, he led in the establishment of a vibrant arts district for the Bluff City in the shadow of the National Civil Rights Museum.

Art served as a bridge from his past to his present – the poverty and seemingly impossible cultural and familial barriers to a career in art, the hardened realities of Black life in America, the challenges of racism, and the private battle against cancer – gifting him with a unique and compassionate voice.

Currently based in Memphis, Urevbu is best known for his large-scale abstract expressionist paintings distinguished by his presentation of bold acrylics and heavy pallet knife technique. He is currently busy in his studio working on a new body of work that explores important social and political themes such as morality, truth, race, equal rights & social justice, largely within the context of his personal experiences and American history. 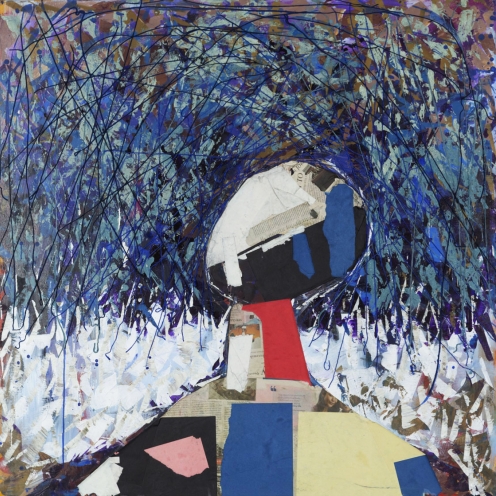 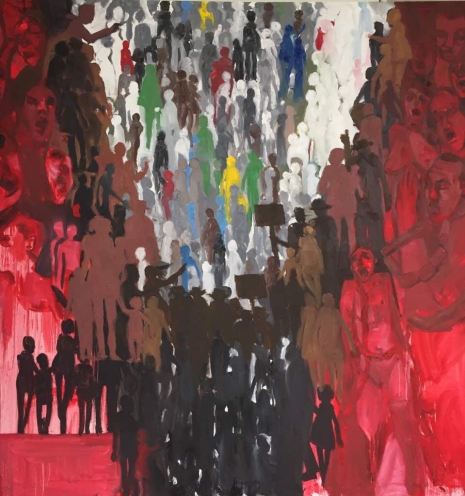